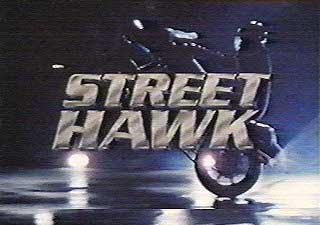 I always wanted him to burn his way through walls and ride through offices or to chop down trees with it to ride across.

He did have a decent cast though. It was a show about a crime fighting cycle. They were not gonna win oscars win Oscars or anything. I mean look at the love interest here. Acxting would be dressing like you WANT to ride the...you know... 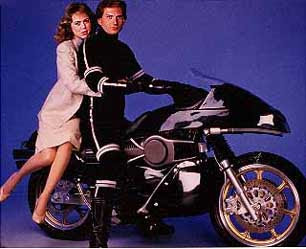 And then one day it was over and we haven't really had crime stopped on a motorcycle since. Well not until someone makes a show about the Ruff Ryders protecting the hood while doin wheelies and smokin blunts. Where's UPN? I need to get them a memo.

OH YEAH, Oil just reminded me that the music was done by Tangerine Dream. Which is pretty much why I can't listen to Tangerine Dream to this day. I want it all to be Street Hawk.
Posted by Unknown at 9:22 AM