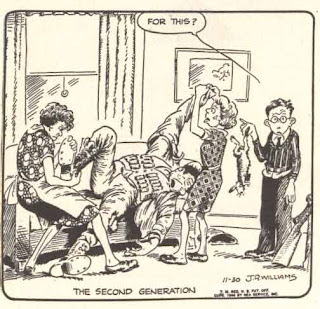 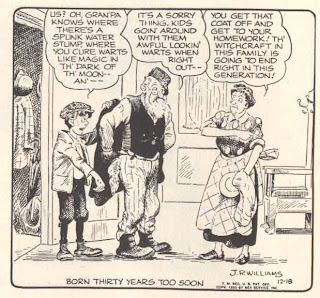 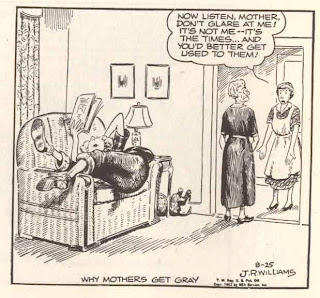 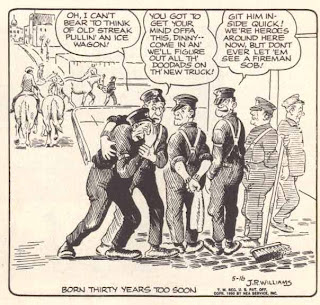 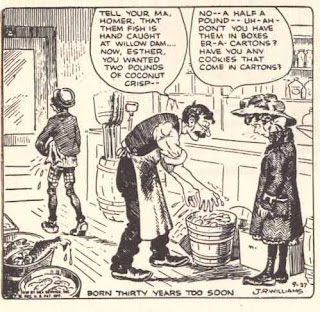 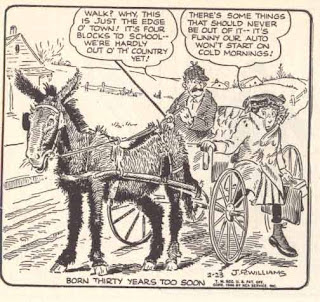 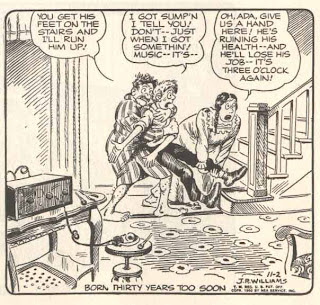 If you figure out what "born thirty years too soon" is supposed to mean, let me know.
Posted by F. Fredrick Skitty at 9:24 PM No comments:

Email ThisBlogThis!Share to TwitterShare to FacebookShare to Pinterest
Chris Benoit (1967--2007)

Just an observation---about the next stage being anger and what's I've witnessed as this grisly story unfolds over the internet, among fans pros, the media, etc. The observation has to do with smarks, and for the moment let's include those in the business as another class of smarks.

If there's one thing a smark hates, it's being fooled. Being worked. That's what sets us smarks apart from the common rabble after all. From the evidence at hand, Chris Benoit worked us. He worked 99.99% of planet Earth into thinking he was a pro, a stand-up guy, a respectable man who loved his family.

And that's the part that ____ing stings for us. That's the anger we thought we saw peeking through on tv Monday night. Damn it, man, we trusted you. You were the honest one, the hero, the underdog we rooted for, the...babyface. We all got swerved, and two innocent people paid for it with their lives. Did Nancy or Daniel see this coming? Were they fooled too? The rumor sheets are starting to say they may have known there was something wrong. We may never know, or then again we may find out one day.

There's a sense of betrayal running through those standing inside and outside "the sport" this week. And part of that is never going to go away.
Posted by Banana Oil at 6:34 PM No comments:

Email ThisBlogThis!Share to TwitterShare to FacebookShare to Pinterest
Labels: wrestling 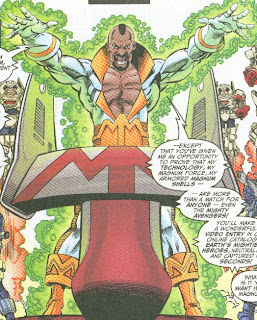 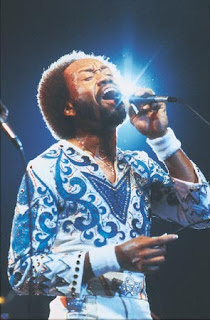 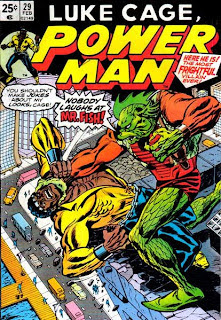 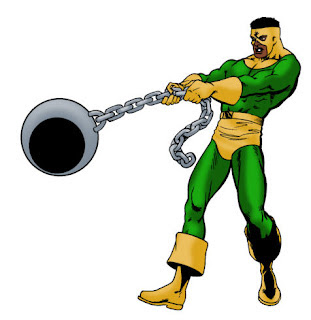 MM: And just who in the hell are you supposed to be?
Thunderball: My name is Thunderball.
MM: Fish? You got a Thunderbell on your list?
Mr. Fish: Naw boss. Aint got no...Thunderbell on my list
TB: Thats Thunder-Ball. Like the James Bond Film...I'm in the Wrecking Crew.
MM: You a spy?
TB: No I'm not a spy. I'm a black Super villain. Like you.
MM: Like ME??? Are you the Leader of the Wrecking Crew?
TB: No, That's the Wrecker. I'm highly educated. I'm like the Black Bruce Banner.
MM: The Black Who? Is the Wrecker Black? Get him in here if he's got his own crew. That's built in labor as far as I'm concerned. I like to see a brotha sun contractin...
MF: He's the Black Bruce Jenner Boss. And the Wrecker is White. He fought Thor. Hits folks with a Crowbar. Wears a ski mask.
MM: What? Bruce Jenner? The Wheaties dude from when I was a shorty?
TB: Banner! Bruce Banner!!! The Incredible Hulk! I am as smart as that guy.
MF: I know someboby need to slow they roll up in this piece, that all I know. Walkin round here dressed like The Uncola and shit...
MM: Mr. Ball...Can I ask you a question?
TB: Oh sure, Anything.
MM: You hang around with a crew of guys lead by a white boy in a ski mask carryin a crowbar and it says right here in this update I got from Black Manta, that your last known stompin grounds was tryin to take over Canada.
TB: Yeah...
MM: Well the Hulk was a member of the Avengers for like a hot minute and then he decided after about an hour of their WASPish nonsense that he was better off raisin hell on his own.
TB: Yeah...
MM: You're the Black Who again because I don't think the Hulk is botherin with Canada or the Foot Clan or whoever the hell yall supposed to be. My official ruling is to hold off on this application until...well until yall get some damn sense. Fish, get this fool up outta here.
MF: Bout damn time. NEXT!!!
Next up: Rocket Racer and Man Ape.....
Posted by Unknown at 11:24 AM No comments:

The truth is out there. Now put on the damn glasses.
Posted by Banana Oil at 6:16 AM No comments: