Skating in the Name of Evil: Number 2

But it's the benchwarmers (most of whom were not created by Kirby) are largely forgotten. They were Gilotina, Artemiz, Malice Vundabar, Bloody Mary, and today's hall of famer: 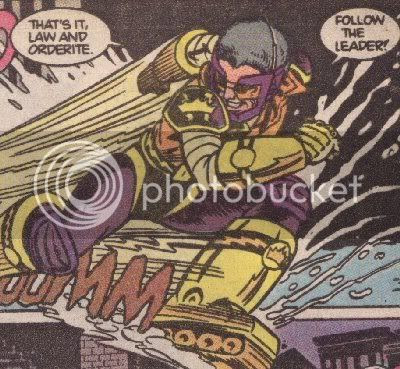 SPEED QUEEN. Equipped with tank-tread skates, and clearly trying to out-do Stompa in the butchness department. You can just picture her in the break room at Granny Goodness's orphanage rolling up to Stompa and saying "So...HOW MUCH YA BENCH?!!"
Posted by Banana Oil at 6:59 PM