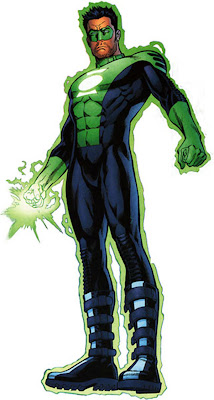 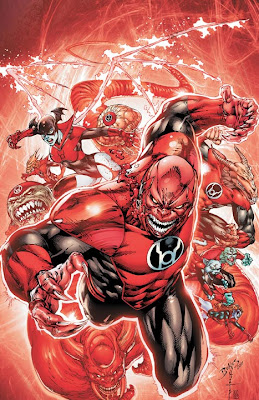 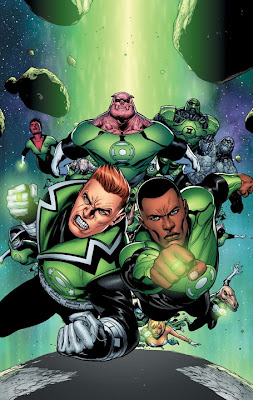 DM: I don’t have any problems with the creative team that made Hal Jordan matter again, just staying on the book. My only request is please no more Wars of Green Lanterns. If we have less of what GL has been giving us though, I suspect that Johns may have to deal with the fact that Green Lantern normally has worse villains than Daredevil. Hal Jordan would kill to have to fight the Owl and Stilt Man.

DM: I don’t have a problem with John Stewart and Kilowog or someone heading up a GL Corps book but I do think Guy Gardner should just go and be a Red Lantern. I have never bought into the idea that he possesses great will of any kind. He’s just an angry dick.

TF: You never bought into my “Guy is Sawyer from LOST” argument?

TF: Why is there a Red Lantern book? Seems like a very 90s idea. Back then it would have been called BLOOD LANTERN EXTREME FORCE and come with a holographic pog. I tell you, some days it’s not easy being a Peter Milligan apologist like me.

DM: Because DC thinks that the message learned from Blackest Night is that we need more books about Lanterns. I don’t see this working with a hero who looks like a cross between a Sontaran and a broken lamp.

TF: And whose power is vomiting magic blood.

DM: Blood that doesn’t turn into a giant boxing glove. Why isn’t there a Red Lantern Mike Tyson? Where the hell is Rachel Pollack?

TF: Get me Bill O’Reilly on the phone. “DC’s publishing a comic about a HATE GROUP?! We’ll do it live!”

DM: I am interested in this Tony Bedard New Guardians book. It’s got Kyle Rayner: Earth’s One True Interesting Green Lantern and a cast of hundreds!

TF: Bedard knows his space operas, that’s for sure. Hang on...Kyle Rayner AND multicolored lanterns? If they don’t form a Megazord of emotion in the first 12 pages I’m declaring it a failure.

DM: Because you just know Rayner is the one lantern who can form a giant ass Mazinga and make him use a Wave Motion Gun too.

TF: We’re the Planeteers! You can be one too!

DM: Form Blazing SWORD! OK this is looking like a region where I’ll follow GL, and the Power Rangers in Space book, but I’ll leave the Stabby Lanterns and the Green Lantern SWAT team book alone.

What's with Hal Jordan's angry scowl and unshaven face? Can't he will a green razor or something? And that costume looks very Judge Dreddy.

That's a picture of Kyle and it's not new. I didn't post a pic of Hal because everyone knows what he looks like :)