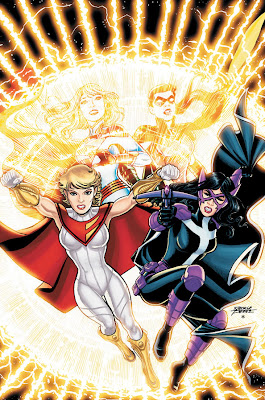 Power Girl's outfit here is so off the mark that I'm shocked she doesn't have a high collar.
Posted by Unknown at 12:53 PM