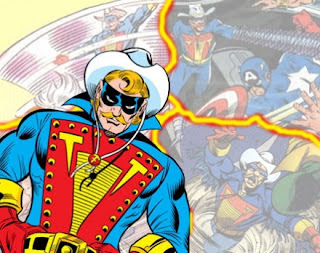 Coming in as strong as possible for the 10th best hero in a hat is...


Drew Daniels was rounding up stray cattle near the Reynolds Power Plant when a tornado touched down near the site's waste storage area. Daniels found himself in the path of the raging tornado and was soon swept up into it as it hit the power plant. Daniels was overcome by the nuclear winds and instinctively tried to escape and found that he was able to generate a tornado around himself and fly out of the nuclear tornado. Daniels decided to test his new found powers out by halting the nuclear tornado from doing any further damage and easily dissipated the storm. Now that he had powers, Daniel decided he was going to make something of himself instead of being a cattle handler, headed East to New York City to make his mark on the world.

Yes...this does indeed mean that the guy was involved in an accident involving a radioactive tornado. I'm sorry but that is just BRILLIANT!!! Read on...

While performing at a local rodeo show, the Texas Twister was enveloped in a glowing red energy field and teleported to a vast arena along with all other super-powered hero from every nation on Earth. They would soon learn that the cosmic gamesman known as Gamesmaster and Death were playing a game of life and death, and the heroes where chosen to be the pawns in the game. The Texas Twister watched helplessly as each side chose twelve heroes to use as pawns. As one of the many not chosen to be used, Texas Twister and the others remain behind in the arena and only watch. After the game was over, all the heroes were placed back where they were teleported from, finding that only an hour had elapsed. \

Yes, this also means that Texas Twister was like the "first alternate" in a battle between the guy who embodies xgames of chance throught the universe and DEATH! That means he has to be important. At least he was picked. Not everyone can be Jordan because someone has to be Will Perdue. What?

The powerful winds mixed with the radioactive material from the waste site and radiation from the power plant, caused Daniels to be infused with radioactive air molecules, giving him the ability to generate tornadoes at will. He can use his powers to propel him into the air, giving him the ability to fly or hover. His skin is denser than normal and prevent unwanted heat loss from wind-chill factor. His skin is harder than human and resists friction and airborne particle abrasion.

The Texas Twister is an expert horse rider, lasso thrower, and sharpshooter.

Say it with me...EXPERT - LASSO - THROWER

This guy is bad ass and I like him. In the movie about his life, the part of Texas Twister shall be played bt Sam Elliot 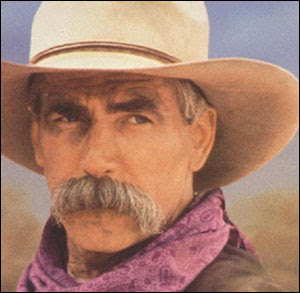